BLTA stands out thanks to its creative, conceptual approach. The firm offers integrated, complementary services in architecture, interior design and computer graphics and imaging. With its wide-ranging expertise, namely in high-rise structures, building envelopes, heritage restoration and sustainable development concepts, BLTA is one of the most active architecture firms in downtown Montreal.

Founded in 1970, the firm is currently led by its second generation of partners. It works essentially with private clients in the commercial, residential and hotel sectors. With solid experience in residential and commercial architecture, BLTA has developed over one million square meter of office space, including several head offices, and more than 5,000 housing units. A number of its high-profile projects, particularly in downtown Montreal, have contributed to redefining market standards.

SERVICES | A range of integrated services for all your projects.

We offer innovative, contextual architecture based on in-depth analyses of urban morphology and technological innovation, while drawing inspiration from urban demographic trends. We develop daring solutions and propose viable projects adapted to the market and urban context.

To give tangible shape to our clients’ visions and dreams, we emphasize active listening and synergy between professionals and consultants throughout our projects, from concept to ribbon-cutting.

Our team of experienced architects, designers and technologists works with you to create projects that meet your specific objectives and are aligned with their context.

Our team of interior designers focuses on the relationship between place and user, innovation and changing needs, and originality and quality of spaces. 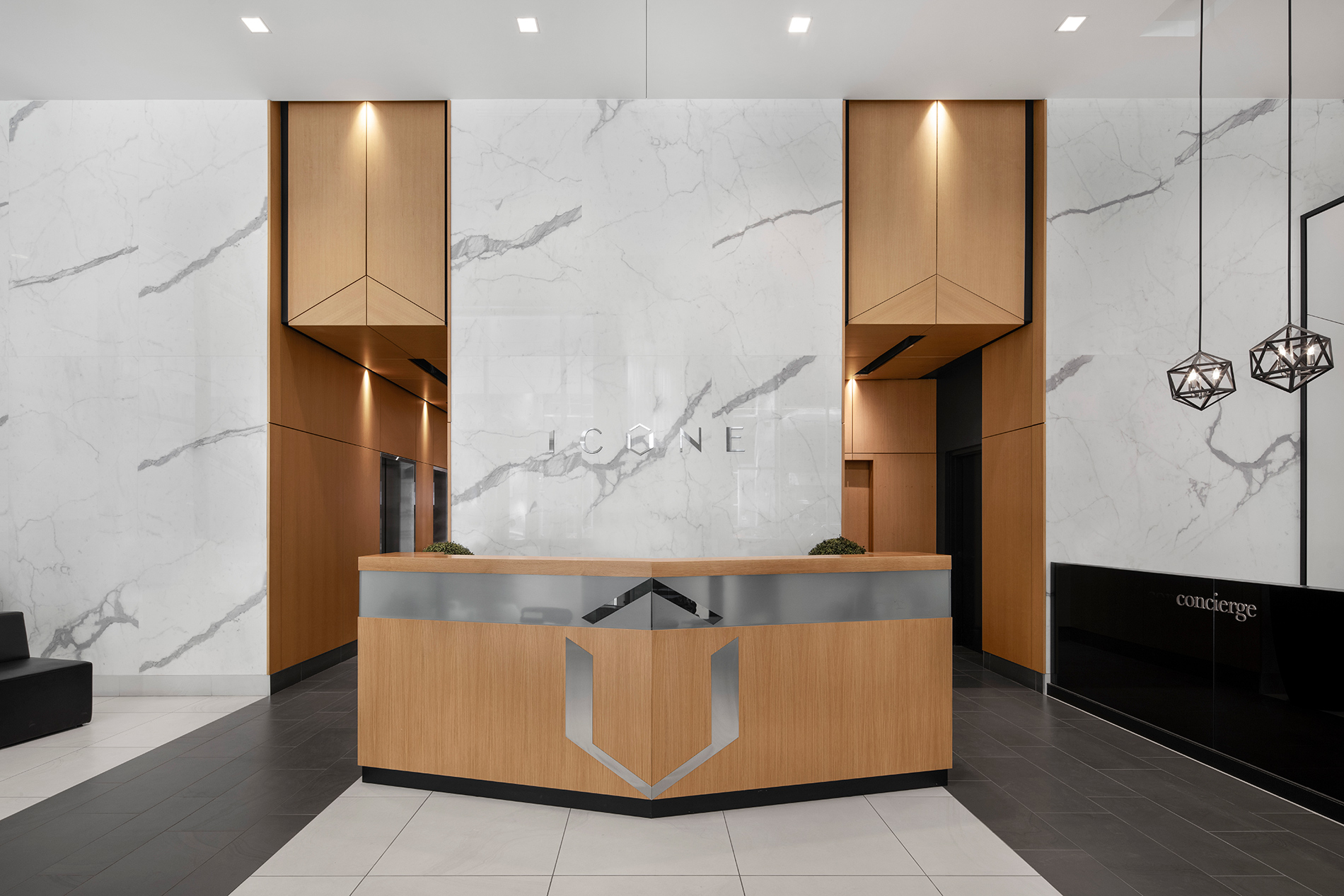 We understand the fundamental impact that interior spaces have on the well-being, performance and balance of a community and its members.

Think. Visualize. Design.
Using sophisticated graphic design tools, we can give a virtual shape to your vision.

Our 3D database of downtown Montreal allows us to imagine a project in its context and carry out an urban analysis by visualizing physical and temporal data, playing with comparative solution ideas.

A 1991 graduate of Université Laval’s School of Architecture, Denis completed a master’s degree in project management at UQAM in 2000 and joined BLTA the following year. Almost immediately, he was part of BLTA’s biggest project at the time, the Cité du commerce électronique — the starting point of years of productive collaboration between the firm’s current three partners.

Denis became a partner in 2009. His involvement in a number of major projects has allowed him to develop solid expertise in building envelopes, as well as skill in interpreting and applying regulations, especially for high-rise buildings.

Known for his leadership and talent in bringing people together, Denis makes his expertise and knowledge available to all stakeholders at each step in a project. His impressive ability to coordinate multidisciplinary teams and manage construction files makes him a priceless asset for the firm.

Olivier began tackling major projects early in his career. At the age of just 28, he co-signed the architecture contract for 1000 De La Gauchetière and was involved in all aspects of developing this prestigious project. Olivier joined BLTA in 1997 and has been a senior partner since 2008. Over the past 20 years, he has contributed in a major way to reshaping downtown Montreal, putting his stamp on no fewer than nine skyscrapers.

Always on the look-out for new social, technological and environmental trends, he has developed innovative tools such as a computerized model of downtown Montreal that earned him an award. Concerned by the challenges of modern architecture and preservation of our built heritage, he has taken part in numerous roundtables, drafting of briefs, and public consultations.

An excellent communicator, Olivier devotes himself wholeheartedly to all of the projects he leads, calling on his unflagging creativity. With over one million square meter of office space and residential units and countless studies to his credit, he is a reference in urban development. He sees quality of design, densification and coherent development of Montreal as an eminently significant contribution to creating a sustainable future.

Cyr joined the BLTA team in 1998 as a design architect, and subsequently honed his talent and creativity by working on an array of commercial and residential projects. A partner since 2012, he is in charge of project design. He is involved in both the design and planning of the projects he leads.

His design approach is characterized by its great maturity, and his wide-ranging experience has allowed him to develop self-assurance and creative expertise. Known for his original, precise and uncluttered designs, Cyr has the great ability to make his ideas achievable and buildable. Constantly alert to new trends, he supervises a team of architects, passing on his knowledge of market realities and encouraging team members to express their creativity.

Cyr has forged trusting relationships with the Montreal market’s top developers. Beyond customer satisfaction, he strives to consistently apply key sustainable development principles and optimize the integration of architecture into its physical environment.